Peace and life cannot be achieved by begging, but by joint efforts!

Just a year ago we lived in a peaceful country ... it is hard to believe, right? Or maybe it was not the peace? ...

Not everyone was happy... but this was the peace we went to sleep with and woke up with it. And we would have lived like that for many years to come, if our country was populated by people who had nothing else but the stomach! No heart, no soul, no thought. But this cannot be said about patriotic Ukrainians! In November 2013, Ukraine has made its civilizational choice and agreed to pay a high price for it. And paying it still!

Maidan became a turning point for Ukraine's struggle for better future!
And this is how it happened...

For many people the first push to support for Maidan's people was the instinct to protect their children. How it was possible that someone could brutally beat children only for their opinion that was differed from the one by the government, and fortheir desire to share their vision of the state development to the President?

People's Dignity was awaken from a deep sleep!

One of the first first aid stations set up on Maidan was set up in the Kiev State Administration Building on December 1, 2013.

Uncertainty, fear for future made people worried. Everyone had to make a decision: where their heart was and what had to be done in that situation.

The first immediate need of Maidan "residents" was food, cold and flue medication, warm clothes and footware. And Maidan was not left alone with its needs. Residents of Kyiv and the rest of Ukraine provided food to "residents" of Maidan, and brought them remedies against cold and flu. But boots and clothes were got worn out quicky. Cold and wet weather forced people closer to bonfires which damaged boots as well clothes, - it was necessary to change often just because it was so wet and thus even more cold.

From December 2, 2013 and until mid-January a take-in and distribution point for donated clothes was organized with involvement of Yulia Watcher, the Project founder, in the Kiev State Administration Building.

In mid-January 2014, Yulia Watcher was challenged with a task to set up a hospital in the Ukrainian House.

Weather was not cooperating with Maydan's people: wet, cold, not always calm...  First residents of Maidan appeared on the steps of the field hospital affected by serious cold, pneumonia and influenza. Seeking medical help at regular hospitals was often dangerous, people who were detected to belong to Maidan, especially if they were not Kyivites, were taken directly to police departments.

Therefore, the matter of opening a field hospital near the Square was urgently needed! 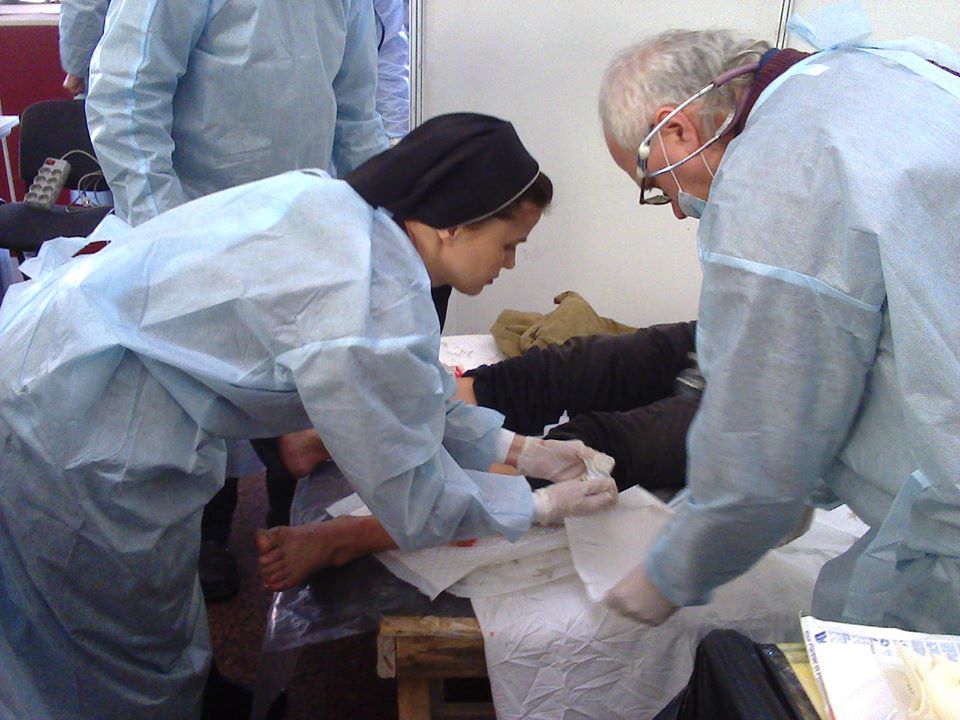 This is what Y.Watcher has to tell about those days:

"... On 18th of February we received the first wounded people. First bloodshed caused fear and confusion: "How could it be happening???" No doctors were there at the moment, lots of  wounded... in the first minutes there was panic... Where to station these injured, how to treat wounds, with what, by who, what's then? ...

Then help came from the Institute of Facial Surgery. Two surgeons  equiped with a full backpack of necessary surgical tools and medication.

Then there was an attack by a specially trained police unit Berkut, salvation of wounded through broken windows facing the backyard. Transfer of wounded, carrying, pulling, dragging them to the St.Michael's Cathedral. There they found protection and first aid care.

Having transfered all patients from the Ukrainian House into good hands of the holy fathers and doctors, I began to take shifts on the hotline at the Health Services of the National Resistance Quaters. Then coordination, logistics, first aid, assistance in the safe keeping and subsequent treatment of the wounded.

There were glasses of vodka covered with bread and salt sprinkles on tables in many tents [Ukrainian tradition to commemorate fallen, editor] for people killed on the Maidan ...  Gloomy days. The joy of victory mixed up with desperation and pain of loss. However, there was a feeling that the worst was over. Gradually, the Maidan Square was cleaned, people started to analize everything that happened. Many victims and wounded required medical assistance from Maidan's doctors. There was lack of interest in going to public health facilities for tratment.

As soon as the situation has stabilized and became safer for the wounded some of them were taken abroad for treatment. This was a period of sorting, negotiations, fundraising or finding free transportation. We coped with this difficult period as well. It seemed that everyone could go home and return to normal life already.

And suddenly the war came

We collect required medication and transfer to hospitals in the East. We work from the morning till the night.

Such is the story.

Alongside there were exhaustion and elevation of spirit, frustration from slow government reaction and inspiration by kindness and devotion of Ukrainians. People were getting used to the state of mobilization and active protection of their aspirations. There was an overwhelming desire for victory

People have been constantly looking for answers: the victory of Maidan put a lot of questions and challenges, right solutions need to be found quickly!

Thus a lot was seen, heard and experienced, before we were destined to become the Molfar Project.

And yet, we have been flying over craters from explosions, crossed over the bridges after they were blown. We learnt to sleep with one eye open (in body armore, in regular minivans); we have been in the entrenchment and fortifications... However, we created this project for a different reason - we have seen deaths and amputations that couldn't have been avoided if ...  Many factors caused this loss: lack of doctors, lack of armored transport, lack of medication, lack of experience to provide the first aid to colleagues, lack of money at families of wounded, and many other reasons.

But most importantly, discoordinated actions of doctors, rescue workers, volunteers, pharmacists and military, heir confusion and helplessness before the evil. 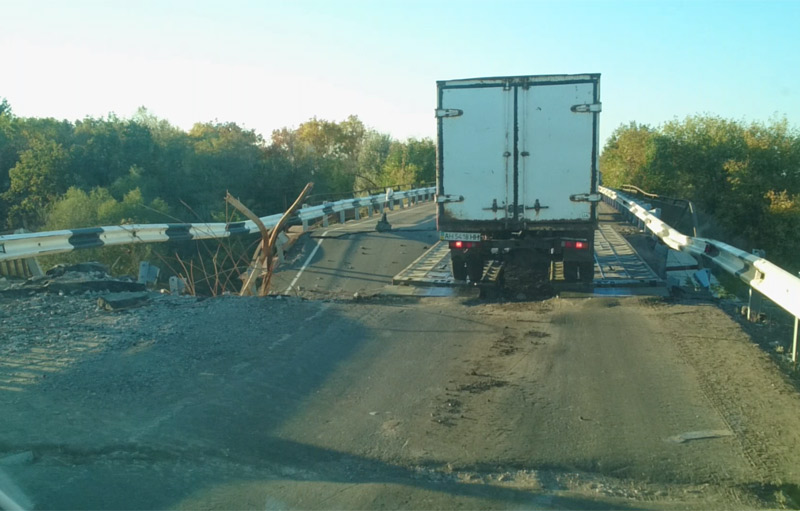 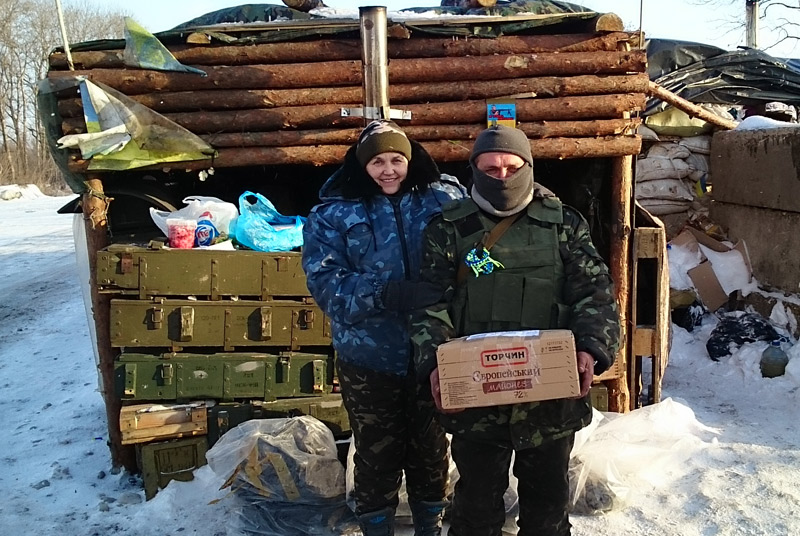 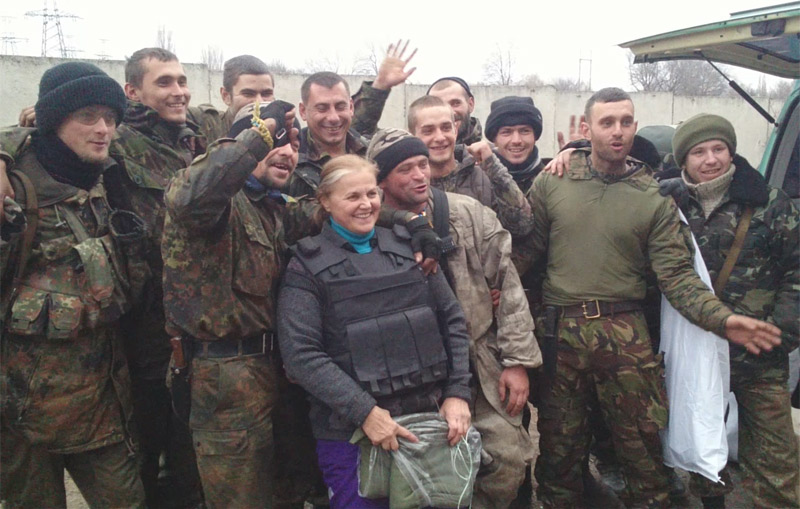 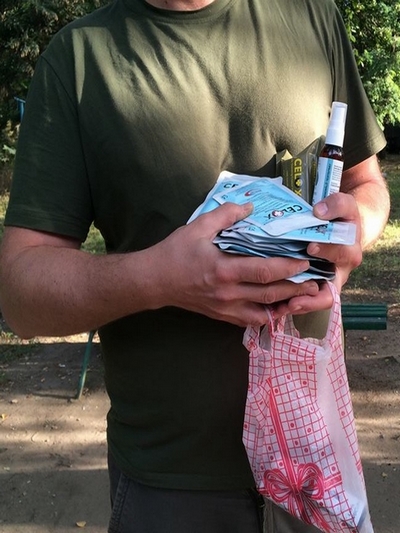 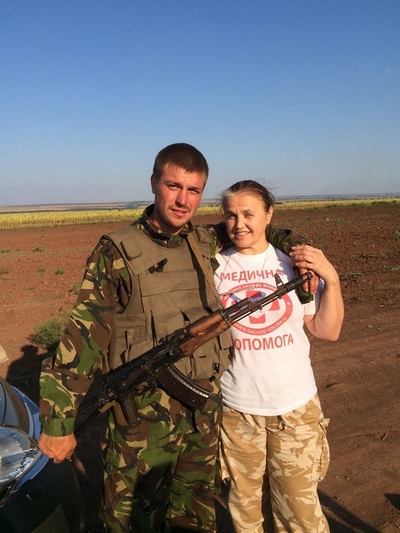 Finally the idea of the Project Molfar matured in autumn of 2014, while the events near Ilovaisk and many others terrible losses of summer and autumn 2014 were occuring.

In the spring of 2015 the idea of the project is at the stage of its finalizing, coordination and implementation. We are actively formalizing our relationships with partners and the core of our team - legally, organizationally, informationally. And since life goes on, having received the first opportunities we launch the MOLFAR's website that will be a voice of our project focused on rescue and rehabilitation of wounded.

The goal of the Project MOLFAR is to help military avoid unnecessary amputations and deaths! We have already opened our multiline round the clock hotline for rescue of wounded.

Thus, we already have dreams, developments, and even achievements! Giving our direct assistance to soldiers priority attention, we will continue improving the site after it launches. We hope that everyone who visits our website with treat the temporary imperfections with understanding. We see close ties between the quality of website and stories of wounded. We also understand that the success of the project is only possible thanks to joint efforts of Molfar's team, its partners and benefactors.

We are grateful to everyone who join us in doing everything possible and sometimes impossible for victory and peace in Ukraine. Get involved in the volunteering magic of project Molfar!

When we are together in a good deed nobody can defeat us and this is the truth of life!
Let our history of the beginning have a good continuation and many victories!
God bless you